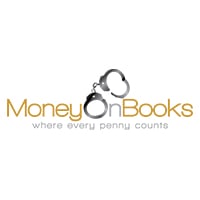 Demetrius Eugene is responsible for the financial and strategic leadership of Money on Books. His duties are to ensure sound fiscal management of the organization, advising senior management and the Board of Trustees on plans to achieve its goals and objectives through a multi-year business plan. In addition, he is responsible for risk management, information technology, and facilities management.

After a California Judge sentenced Mr. Demetrius Eugene to a 14-year prison term in the California Department of Corrections, he utilized that time to fight for his innocence and was awarded a reversal! This experience gave him the idea to co-found a support group like none other! “Money on Books”, which challenges mass incarceration and recidivism by recruiting and redirecting those who could become victims of it, while providing support for inmate’s children, family, and friends. He has been married for more than 15 years with two adult daughters and three teenage sons whom reside with him in California.

Paul Corswell serves as Money on Books’ Chief Operations Officer. In this capacity, he leads the organization’s development of overall strategy as well as innovation and alignment across major areas of the enterprise.  Mr. Corswell serves on the organization’s executive management team, and he will be responsible for the company’s philanthropic portfolio and its ground-breaking pro bono program and an award-winning effort in inner-city youth education.

Before joining Money on Books, Mr. Corswell has been mission-driven his entire life, because at the age of 23 he wanted to make a difference in his son’s life. Working at trader Joe’s seemed dead end, although it was an excellent experience to be able to work with people from all levels of society. Mr. Corswell just didn’t feel fulfilled with that job, so he signed up for weekend classes at Moviola video and film.

Mr. Corswell took a pay decrease to work as an apprentice at VDI Media, but he was determined to learn every aspect of Post production. Within a year, Mr. Corswell was performing V-Chip and Closed Captioning encoding on shows such as Divorce Court.

Mr. Corswell was then offered a job at Audio Plus Video, but the company was bought out by Liberty Media where a bunch of guys were laid off. Since Mr. Corswell was so knowledgeable and passionate for the job his employment was saved and he was transferred to their parent company Todd-AO Video Services where he became an Operations manager.

Within months, Mr. Corswell made such an impression in the Media Industry that he got a call from his old boss Carry Nance. Mr. Nance was heading a new department at NBC universal and wanted Mr. Corswell on board. Mr. Corswell was then placed in charge of Law & Order, The Office, Friday Night Lights, Community, Law & Order: SVU Etc., and he also worked on movies such as, 8mile, Ray, American Gangster, and Smoking Ace’s, to name a few.

The idea to co-found Money on Books, a support group which challenges mass incarceration and recidivism, came because of Mr. Corswell falling victim to these same two social injustices.

He has been married for more than 12 years with three sons.